Since I wrote my last post, a lot has happened. 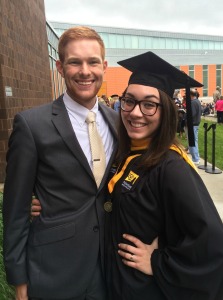 Just to hit the milestones, I graduated college and got an internship at WeddingWire, watched one of my closest friends graduate from the Naval Academy, and stood as a bridesmaid for my best friend as she finally married her man. Also, Chris and Whitney got engaged and broke up, and Bruce Jenner is now a woman, so things escalated pretty quickly in the past few months.

In honor of growing up and time going by and yada yada yada, I have a very personal post for you today. I’ve shared my thoughts, my dreams, and my fears with my boyfriend and with my friends from bible study, and that’s about it. But the point of starting this blog two years ago was to relate to other people who were taking this journey of life day by day, just like me, and sometimes doing it blind. Well, friends, right now, I’m doing it blind, and I’m here to share how I’m feeling about that.

SPOILER ALERT: It doesn’t feel good and I don’t enjoy it at all.

END_OF_DOCUMENT_TOKEN_TO_BE_REPLACED

It’s been awhile since I enlightened you with knowledge, and I’m not about to, so don’t get too excited. I’m in the midst of taking 21 credits, and it isn’t a cakewalk, I’ll tell ya that much. However, I just signed up for my LAST semester of college, so I’ll be having a panic attack about that soon. I’ll be sure to document that for ya.

Since I last posted, Baltimore STYLE Magazine had a super-fab party (unfortunately, we got rained out and it had to be all indoors- but it was a blast regardless) to celebrate the mag’s 25th anniversary. There was a step and repeat AND a photobooth, so you know I had to get in on the action. Here are pics from the event! 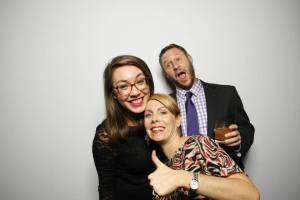 END_OF_DOCUMENT_TOKEN_TO_BE_REPLACED

Because this is the best thing I’ve ever seen.

Buck has no patience for this nonsense.

If you know me at all, you know I’m a Baltimore girl. Growing up, my parents had season tickets to O’s games, so I have memories at Camden Yards as early as like 6 or 7. My love for the birds fell off around high school, because, let’s face it, they totally sucked. But then, senior year of high school, I began dating a wonderful human being who is obsessed with the Orioles. It took awhile for me to warm back up to baseball, but now that I have, it’s totally different than I remember it.
END_OF_DOCUMENT_TOKEN_TO_BE_REPLACED

Why is it that when TMZ releases a video of Beyoncé’s family in a “private moment,” it’s a travesty, but when they release a video of Ray Rice’s wife in the exact same scenario, it’s okay?

Let’s just get one thing straight: Ray Rice was wrong. What he did was despicable, horrendous, and unacceptable. He should be, and is being, punished. Thousands of people- mostly young boys- look up to him. And his punishment and apology should set the example that domestic violence is simply not acceptable.

I’m a Ravens fan, I want them to win. But more than that, I’m a fan of respectable human beings that honor one another. I care more about raising a generation of men that know how to treat women than about a Superbowl ring or a winning record for a sports team.

(Also: isn’t it amazing what alcohol can bring about? Make wise decisions, people, and you won’t make mistakes that you’ll regret forever.) It breaks my heart that his wife has to deal with this humiliation publicly. I can only imagine how she feels that the incident happened, much less that it happened for the world to see. And now, even more of their private life is being aired on a national platform- and here’s why that bothers me.

Solange, Beyoncé, and Jay-Z are all three public figures. They have all chosen to live life in the spotlight. If they didn’t live life in the spotlight, they wouldn’t have jobs. If they wanted to sue for libel or defamation in a court of law, they would have a much harder time suing than a “normal citizen.” Why? Because they’re defined as public figures, so they’re subjected to more media slander than a private citizen. No, this obviously doesn’t make it okay to release a video of them that isn’t, in fact, in public. It’s still wrong, morally. No one needs to see what goes on behind closed doors.

But why do we, as a society, only care about privacy breach when it affects someone that we call a “Queen?” (Which she’s not. She’s human, and really no more impressive than anyone else.)

Janay is not a public figure. Is Ray Rice? Yepp. Is his wife? No. She isn’t doing anything to put herself in the spotlight. If it weren’t for this incident, no one would know her name. So then why was this video released, if no one cares about her? Right now, everyone cares about Ray Rice. Because they want to shame him. The public is angry with Ray Rice, understandably, but they want revenge. They want him to feel the hurt that he caused his wife. Again, understandably. But once he’s apologizes, been punished, and apologized again, how long can we hold onto anger?

Should we forget that this happened and sweep it under the rug? Obviously, no. But should we take a different approach: an approach that teaches boys, men, women, girls, how to treat others? Not only fighting against violence, both domestic and overall, but also teaching a way of life that isn’t vengeful or full of hate?

As a Christian, I believe that Christ forgives me regardless of my sins. Sins are not ranked on a scale: they’re all equal. But I am forgiven regardless of what I do. And the Bible is clear about how to handle others when they, also, sin.

The release of this video is shaming Ray. How couldn’t it? He is more humiliated than he was before. A round of applause for you, TMZ. But Janay suffers from this more than Ray does. She is shamed and humiliated and embarrassed more than he is. While he’s re-living the guilt, she’s re-living the pain, the embarrassment, the public humiliation, and the criticism. Their daughter will more than likely see that video one day. Can you imagine how crushing that is for a mother?

As a person, but especially as a Mass Communications/Journalism major, I’m incredibly saddened by the release of this video. It doesn’t reveal anything that the public needed to know. It doesn’t give deeper understanding into an issue. It was released to hurt people. And it did. It hurt Ray, it hurt Janay, it hurt their daughter, and I’d venture to say it hurt everyone that cares about either of them.

My life has been CRAAAAZY. I’m interning at Baltimore Style Magazine, and it’s amazing. Since I’ve posted last, I’ve been published in the magazine, (on multiple pages…whoop whoop!) been to a fashion show, done a ton of other really cool … END_OF_DOCUMENT_TOKEN_TO_BE_REPLACED